Excerpt from Chapter 1: The Universal Warrior

After half a year in Afghanistan, 20-year-old Marine rifleman Michael Abattello and his team went on yet another dangerous patrol.  They drove several Humvees through a remote village surrounded by stark mountains where Marines had been attacked before.

The mountains had been shaped over centuries.  Stones had been cleared and piled into waist-high walls.  Slopes had been flattened and plowed as arable terraces.

A boy, about ten years old popped up from behind a wall. He stared and pointed at the Marines, then turned and ran along the lowest terrace. Children might be scouts or lookouts or forced to carry guns or bombs.

Marines shouted, "Shoot him!  He's running to tell the enemy."  Michael jumped out of his Humvee and shouted, "Weapons down!  He's only a boy."

His battle buddy Joe jumped out beside him. "They've fooled us this way before," Joe raised his rifle.  Other Marines shouted, "Shoot before they shoot us."

Up the long terraces in blistering sun they ran, the boy looking back, Michael and Joe struggling in full uniform and equipment to catch up.  "It'd be easier to shoot," Joe panted.  "He's a child," Michael answered.

The Marines reached the summit.  No enemies.  No shooting.  No boy.  There stood an old barn, door swinging.  "He must be in there hiding with the bad guys," Joe said.  "It's a trick.  Blow it!"  Joe pulled a grenade.

A wooden ladder led to a hayloft.  A sprinkling of hay trickled to the floor.

"There they are," Joe yelled and pointed his rifle.

"C'mon up," Michael yelled from the loft.  "It's safe."  Joe climbed up and stood beside Michael.  Nothing in the loft but a huge pile of pale yellow hay.

"They must be hiding in there," Joe pointed.  He fixed his bayonet.  "I'll get them before they get us."  He prepared to stab the sharp blade into the hay.

"No!" Michael said.  "If it was an ambush they would have shot us already."

Michael shouldered his gun and separated the long, thick, yellow stalks.  Deep in a hay cave, he saw small hands and feet, then legs and arms, then little bodies.  Huddled inside was the boy.  Next to him, clinging tightly together, were two small girls and a teenaged girl dressed in a burka.

Michael laid his gun on the floor and signaled Joe to do the same.  He said in Pashto, "Hello, children.  Peace be with you.  Don't be scared.  We're your friends."

Slowly the children stood up.  The girls were only five or six years old.  The boy was between them, the teenager behind, tall and dignified in her dark robe.

Sunlight poured through cracks in the barn roof.  A soft dust cloud rose from the hay.  The light from the sun filtered through the yellow hay, filling the loft and surrounding the children in a golden halo.

The burka-robed teenager spread her cloaked arms around the children standing in the halo.  Michael blinked and stared.  There before him, bathed in  golden light, he saw Mother Mary, Shekinah, Quan Yin.  He saw the Divine Mother of all religions and all people, caring for, protecting, showering mercy and kindness on all living beings.

Michael's heart squeezed.  Tears flooded his eyes.  Joe shrugged and looked down at the floor.

Michael took off his helmet.  "See," he smiled.  "I'm not a devil.  My Marines are your friends.  We're here to help you.  We want you to be safe, to have good food and schools and good lives.  Come.  Let us take you home."

The Marines and children emerged together and descended the terraces.  The children were introduced to the squad of smiling Marines who escorted them home.

Their terrified parents ran out to meet them.  The entire family was safe.  They served tea and sweets to the Marines and all together shared a joyous reunion.

Michael visited this family many times during his tour.  He played with the children and taught them some English.  He helped the family with its farming chores.  He became the children's uncle.

Now home in America, Michael often thinks of his Afghani family.  His heart glows, still drenched in the golden light of that day on the distant mountain when, in the midst of war, he acted rightly and was given the defining religious vision of his life.

"One of the most powerful and profound accounts of war, warriorhood, and healing ever written."

"Brings light into the darkness for any warrior who has stumbled to find his or her way home."

"Ed Tick is a hugely important voice in the post-war conversation."
Sebastian Junger 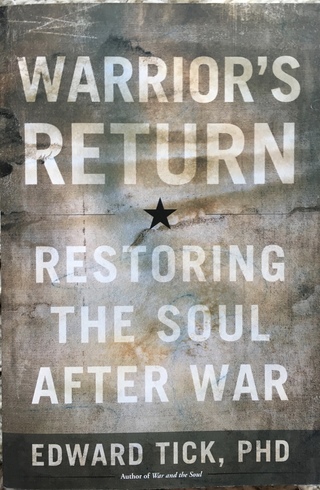 “A masterpiece from one of our wisest elders for understanding the complex dimensions of war trauma.” Peter Levine 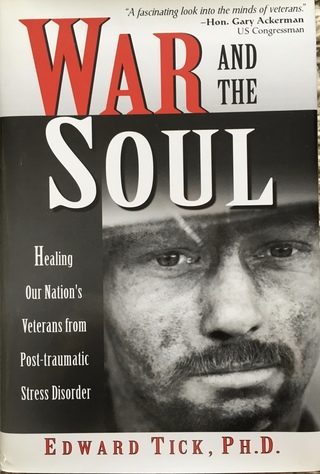 “A field guide for moving the veteran through war’s dark night of the soul.” 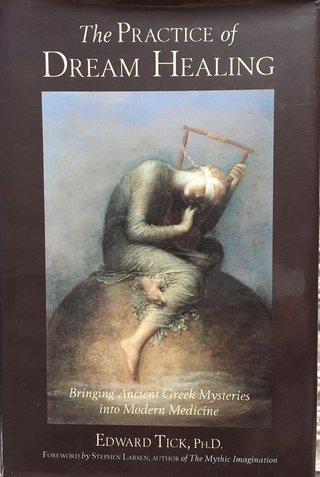 Comprehensive exploration of the ancient Greek origins of psychotherapy and medicine and their applications today.